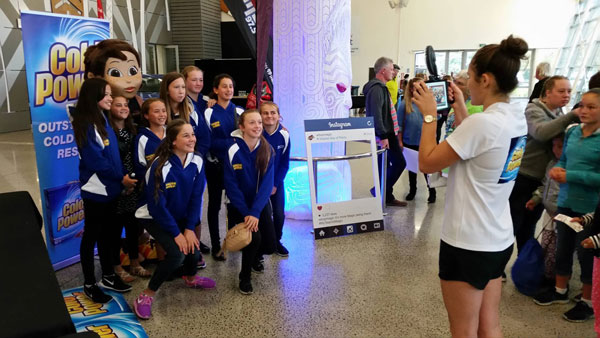 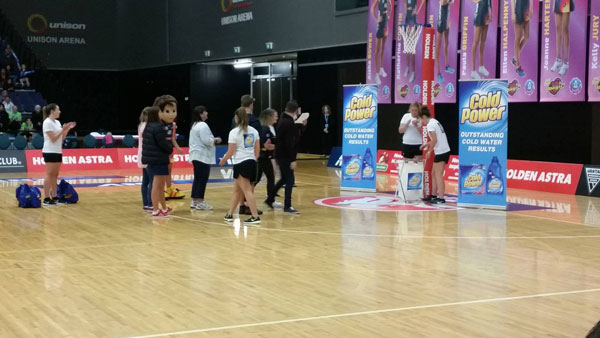 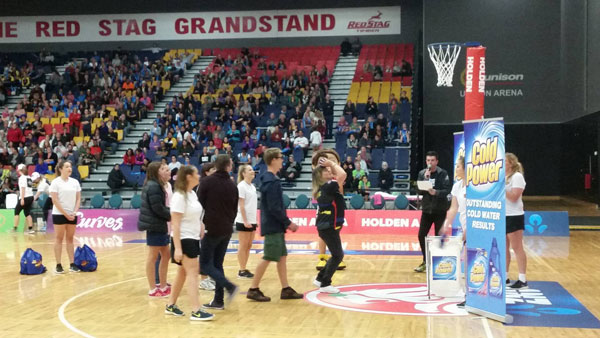 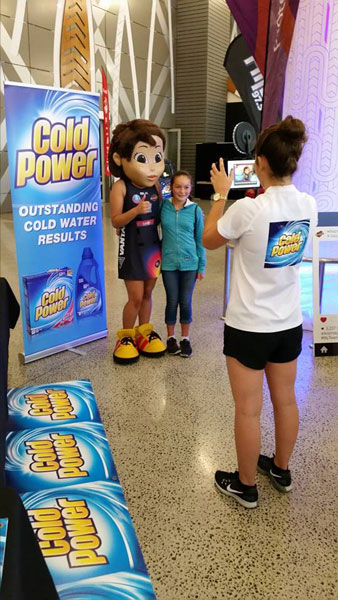 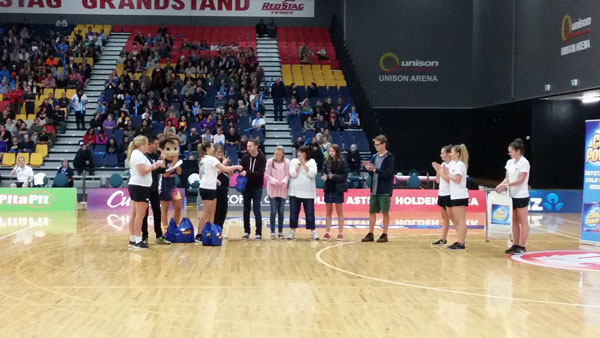 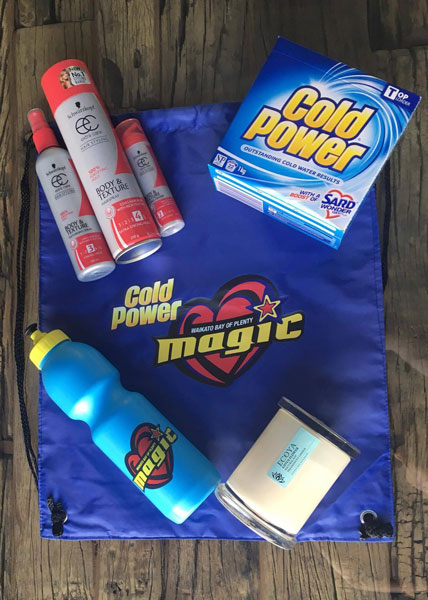 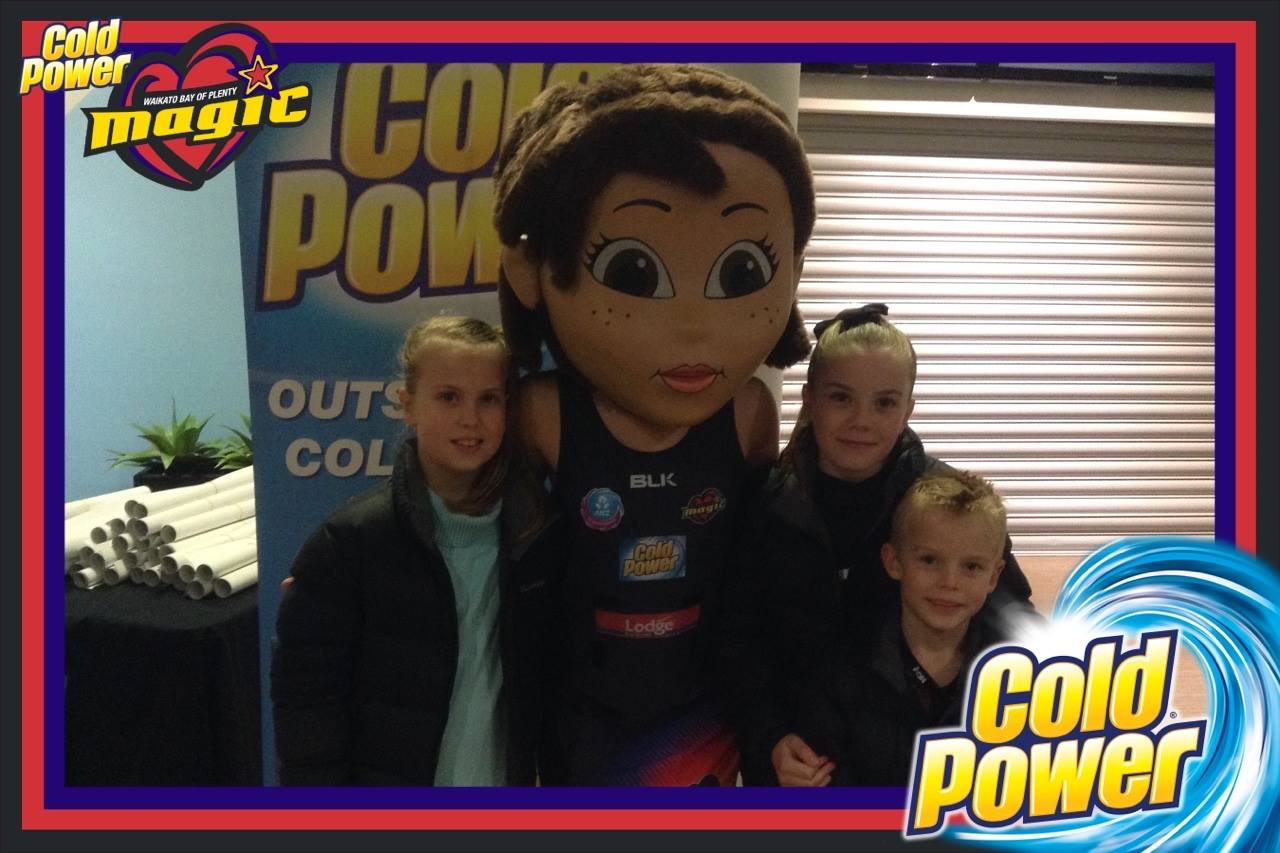 In 2016, Cold Power took on the sponsorship of the Waikato Bay of Plenty Magic Netball team. The Generalist PR joined the team in order to initiate an experiential activation for 8 games between Rotorua, Hamilton and Tauranga.

Ahead of every game, our amazing brand ambassadors were equipped with an iPad boasting our popular photo-branding app. For one hour, prior to the start of each game, our four ambassadors handed merchandise to every member of the public who participated in having their photo taken. The photos were sent directly to the Waikato Bay of Plenty Magic Facebook page, and a link to the photo was emailed to each participant for their ease of access.

Monzee, the Magic team’s mascot was also available for photos with the public and this contributed to the growing excitement surrounding the game. The app itself creates an exciting atmosphere prior to the game for the Magic fans, and builds hype around the half-time entertainment, which our brand ambassadors ran for Cold Power. On average the ambassadors took between 80-110 photos in the hour before the game, which averaged between 300-400 people, as some photos included up to 20 people at a time.

Every game had an allocated half time of approximately 8 minutes, during which our ambassadors were in action. Our half-time entertainment for the Magic games incorporated both netball and the Cold Power brand successfully.

Six participants selected prior to the game were placed into three teams of two and there was a prize for every participant.

Timing was precise, and across the games our ambassadors successfully executed the entertainment within the allocated timeframe. The three teams took turns to throw bundled up socks into the netball hoop. The socks went through the hoop, and into the Cold Power branded washing basket placed under the hoop.

Each participant was allowed one shot at a time, before moving to the back of the line to wait for their next attempt. Within each team, the individual who managed to get the most socks through the hoop was selected as the winner and given a top tier prize pack. The runner-up was given the second place prize. This ensured that all participants left the court feeling happy and accomplished.

First prize valued at over $200NZD

Second prize valued at over $100NZD

All prizes and merchandise was sourced by TGPR